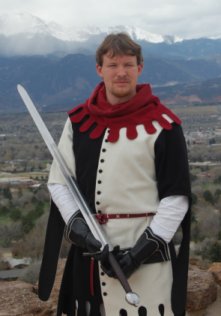 Ben Roberts is the founder of the Black Falcon School of Arms and one of its rectors. Interested in the chivalric arts from a young age, he soon became involved in historical recreation. In 1998, he began to cultivate an interest in Western Martial Arts, and soon thereafter discovered the Harleian Manuscript.

He has taught at multiple internationally-attended conferences, and has spent twenty years developing the curriculum for the BFSA with a focus on understanding universal principles and applying them in a manner consistent with the material presented in the source texts. He holds the bulk of the BFSA library, and fervently wishes for English manuals with actual pictures. His hope is to leave a lasting legacy of English martial heritage to be passed to future generations in the form of a permanent, established school. 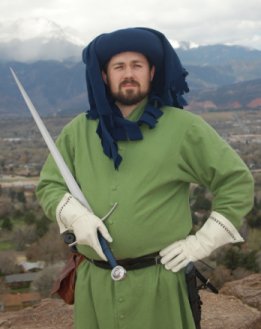 Ben Holman is a founding member of the Black Falcon School of Arms and one of its rectors. He found his way to historic swordsmanship through historical recreation, which drew his interest as a teen. In 1999, Ben Roberts introduced him to the Harleian Manuscript and together they began to decode its intricacies.

He has instructed at several workshops and seminars and has spent more than 20 years ensuring that the development of the instructional materials used in the BFSA align with sound fencing principles. The current beginner's and staff curriculum are his work. He has attended multiple internationally-attended conferences and studied with many leaders in the WMA comunity, enabling him to apply a broader knowledge base to the English material. As founder and rector of the Japan branch of the BFSA (now defunct as he has returned to the home branch), he hopes to spread the love of the English Martial Arts to a broader audience.